Air conditioning, or cooling, is more complicated than heating. Instead of using energy to create heat, air conditioners use energy to take heat away. The most common air conditioning system uses a compressor cycle (similar to the one used by your refrigerator) to transfer heat from your house to the outdoors. Picture your house as a refrigerator. There is a compressor on the outside filled with a special fluid called a refrigerant. This fluid can change back and forth between liquid and gas. As it changes, it absorbs or releases heat, so it is used to “carry” heat from one place to another, such as from the inside of the refrigerator to the outside. Simple, right? Well, no. And the process gets quite a bit more complicated with all the controls and valves involved. But its effect is remarkable. An air conditioner takes heat from a cooler place and dumps it in a warmer place, seemingly working against the laws of physics. What drives the process, of course, is electricity — quite a lot of it, in fact. Types of Cooling Systems, Central air conditioners are designed to cool the entire house. In each system, a large compressor unit located outside drives the process; an indoor coil filled with refrigerant cools air that is then distributed throughout the house via ducts. With a central air conditioner, the same duct system is used with a furnace for forced warm-air heating. In fact, the central air conditioner typically uses the furnace fan to distribute air to the ducts. Central air conditioners operating in the cooling mode have been rated according to their seasonal energy efficiency ratio (SEER) since 1992. SEER is the seasonal cooling output in Btu divided by the seasonal energy input in watt-hours for an “average” U.S. climate. Before 1992, different metrics were used, but the performance of many older central air conditioners was equivalent to SEER ratings of only 6 or 7. The average central air conditioner sold in 1988 had a SEER-equivalent of about 9; by 2002 it had risen to 11.1.The national efficiency standard for central air conditioners now requires a minimum SEER of 13 (since 2006), and to qualify for ENERGY STAR requires a SEER of 14.5 or higher. Central air conditioners also come with an energy efficiency ratio (EER) rating, which indicates performance at higher temperatures. ENERGY STAR-qualified models must meet an EER requirement of 12. 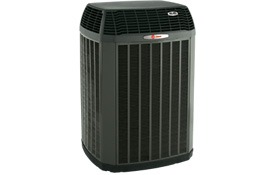 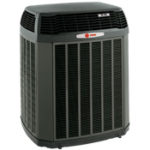 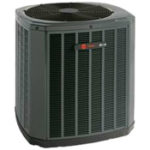 We make it a priority to offer flexible appointment times to accommodate your personal scheduling needs.